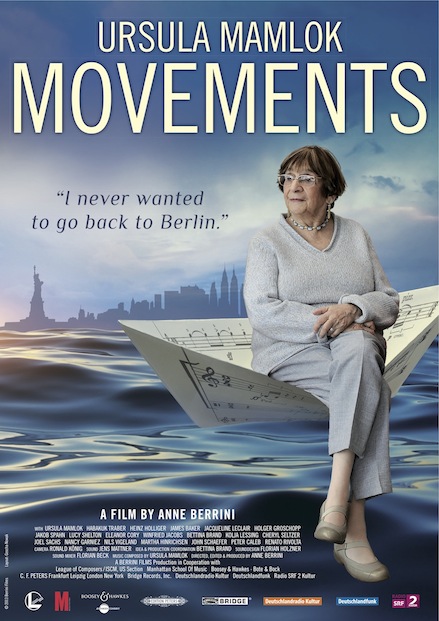 How can one describe a woman whose whole life has been music? Someone who preferred playing musical notes to playing with dolls? Someone of whom a close friend has said that “she lives off scores and sheet music”. For Ursula Mamlok, music was not merely the meaning of her life; composing offered her a crucial support at a time when the world was collapsing around her. Back then, in 1939, she and her family, with her piano in tow, only just managed to emigrate from Germany in time. Eventually, at the age of seventeen, she ended up in New York, without any money and unable to speak any English. And there she remained, for almost sixty-six years. In New York she was influenced by some of the most important European musicians living in exile there; she found in the American avant-garde a means of self-liberation, and discovered the New Music. She enjoyed numerous successes, received many awards, and taught composing for almost forty years at the famous Manhattan School of Music. In 2006, Ursula Mamlok returned to Berlin, the city of her birth. This decision has since faced the artist with new challenges – both musical and emotional.

In her documentary portrait, the filmmaker Anne Berrini offers a sensitive examination of the music that has played such a central part in Mamlok’s life. She observes the composer at work in Germany and then accompanies her to New York, where Mamlok meets old friends and revives her former life there, while at the same time preparing for the League of Composers’ Season Finale.